Condos for sale in Miami »

Homes for sale in Miami » 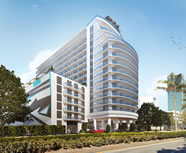 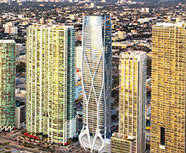 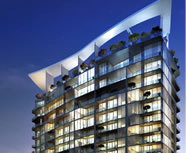 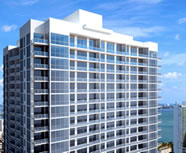 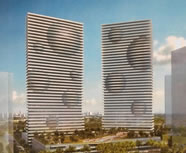 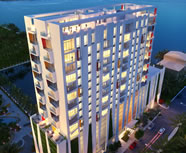 Miami is the 42nd largest city in the U.S. with a population over 408,000 and its metro area is the seventh largest in the U.S. with a population of 5.5 million. The main part of Miami resides on the shores of Biscayne Bay and contains several hundred natural and artificially created barrier islands. The largest being the island that contains Miami Beach and South Beach.

Miami real estate features large inventories of homes for sale, condos for sale and available rentals. Miami real estate is available at all price levels. You can find luxury homes and luxury condos for sale. For those who can afford the best, ultra-luxury estate homes and ultra-luxury oceanfront condos can be had. Luxury homes and condos can be leased, starting at 10,000/month. There are many luxury condo buildings in Miami, like 900 Biscayne Bay.

Miami was originally inhabited for over a thousand years by the Tequestas. Miami is the only major city in the U.S. conceived by a woman, Julia Tuttle, a local citrus grower from Cleveland. She helped convince Henry Flagler to expand his railway to the region. Miami incorporated into a city in 1896 with a population of about 300 and named for the Miami River. Miami real estate was prosperous during the land boom of the 1920s. This was weakened as a result of the collapse of the land boom, the 1926 hurricane and the Great Depression of the 1930s. Miami's population increased as a result of WWII as it played an important role in the battle against German U-boats. The population increased again when Castro came into power in 1959 when many Cubans sought asylum in Miami. Miami and its metro area grew from just over one thousand residents to nearly five and a half million residents in just 110 years. The city's nickname, The Magic City, comes from the way that winter visitors remarked how the city grew so much from year to year, that it was like magic.

There seems to be and endless number of outdoor activities to take part in. And they are available year round, thanks to Miami's tropical climate. Some activities include boating, fishing, snorkeling, scuba diving and more... Art and entertainment is very important to Miami. There are many venues, theaters, museums and performing arts centers in the city. The Adrienne Arsht Center for the Performing Arts is the second-largest performing arts center in the United States. Some of the popular destinations include Jungle Island, Miami Seaquarium, Zoo Miami, Coral Castle and the Charles Deering Estate. Miami has many parks, with the largest and most popular parks being Bayfront Park and Bicentennial Park with the new Miami Art Museum and Miami Science Museum. Miami is home to the Miami Heat, Miami Marlins and the Miami Dolphins. Miami is a major center of finance, commerce and international business. Miami has more than 200,000 students enrolled in colleges and universities. Some of the universities in Miami include the University of Miami, Florida International University and Barry University.